There are many different reasons that an area might flood but in Calderdale we are particularly at risk. 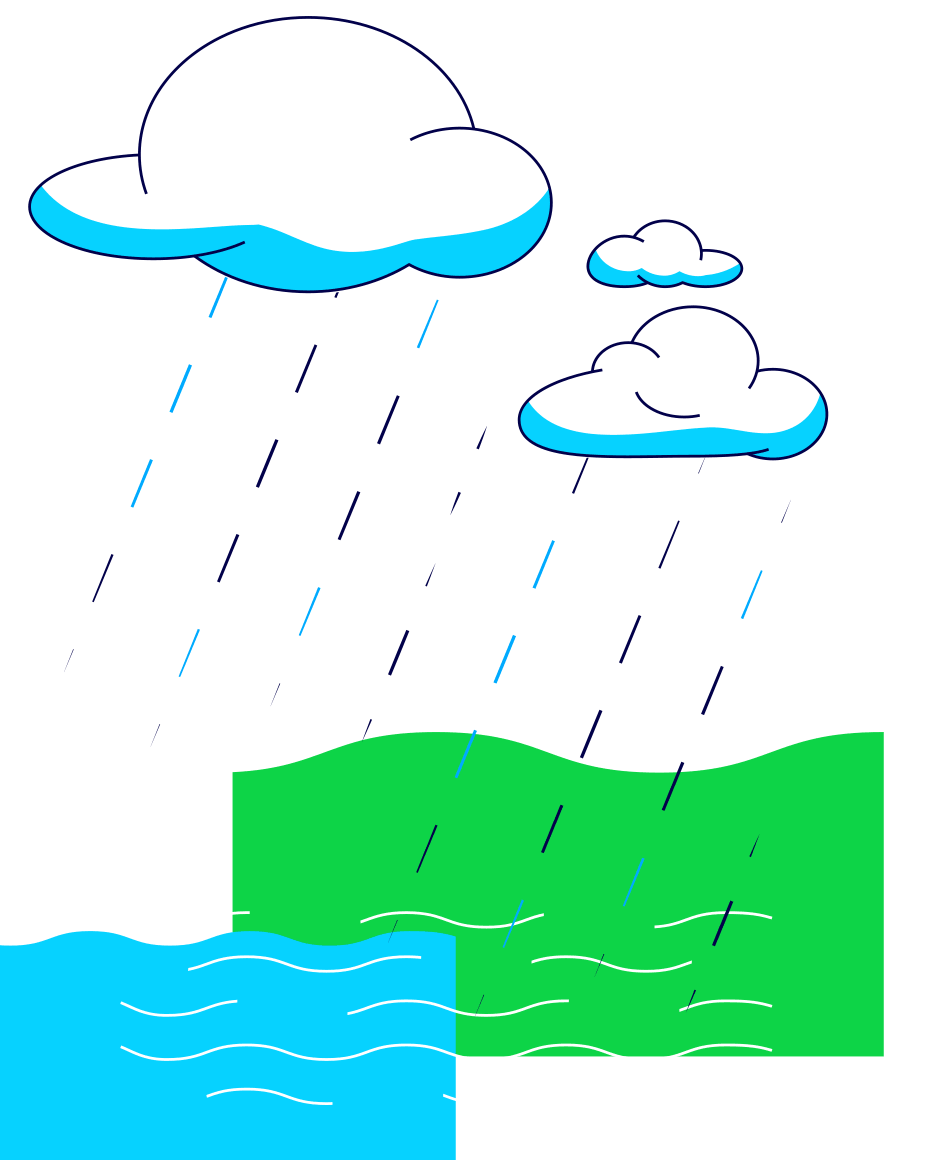 In the UK, there are five main types of flooding that can all cause serious damage to property and threaten the lives of people. Understanding what makes each type of flood different will help you know what to do to protect yourself, as well as who to contact for assistance. 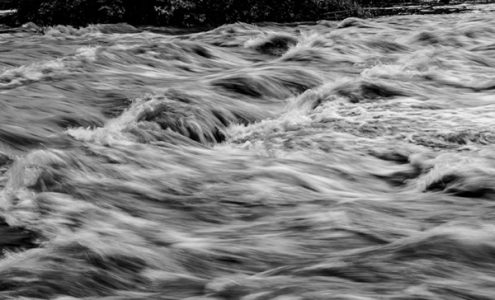 Flooding from rivers is usually caused by too much rain entering streams and other minor watercourses, then running into rivers. The way that rivers respond to this excess water varies, depending on their capacity and available access to the floodplain.

When forecasts show there is a possibility of flooding from rivers, the Environment Agency issues a flood warning. Households and businesses can register to receive flood warnings through a variety of methods, including to their mobile phone or computer, or to a landline in their property.

People who own land adjacent to rivers (known as ‘riparian owners’) are responsible for making sure that water passes smoothly through their land. They must not allow blockages in the watercourse and should remove any obstructions that appear. These obstructions can be natural blockages such as fallen trees or overgrowth on the banks, or it could be rubbish that has been dumped in the watercourse or flowed downstream from another area.

The Environment Agency has permissive powers to maintain and improve the flow of water on main rivers, and it is also responsible for building and maintaining flood alleviation schemes. 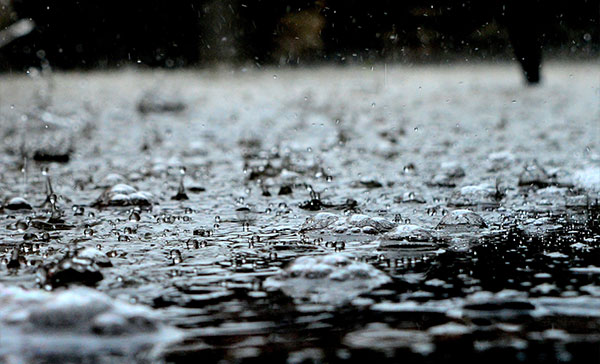 Flash floods happen when an exceptional amount of rain falls in a very short time. Heavy rainstorms can mean that drainage systems and sewers fill to capacity very quickly, and then ‘over-top’.

Flash flooding can be a major problem if the weather has been very dry for some time, as the land can become baked hard and can’t absorb the rain when it comes. Rainwater can then run off the land and lead to serious flooding.

Flash flooding can be very localised, but it can do as much damage as flooding from rivers or other watercourses. Localised flooding can also happen after a period of prolonged rainfall, when the ground becomes saturated and unable to absorb any more water, causing it to flow off the land.

Flash flooding can also be made worse when the capacity of small watercourses is reduced by blockages of rubbish. To help avoid this, people who own or manage land next to watercourses are encouraged to keep those watercourses clear of debris that might cause problems further downstream.

Flash flooding can happen suddenly. It is important to know what signs to look for in your location so you can ACT FAST. Those signs are:

Climate change and an increase in thunderstorms means that flash floods are more and more likely to happen. Flash floods are extremely destructive, so being prepared could save property, belongings and even lives. 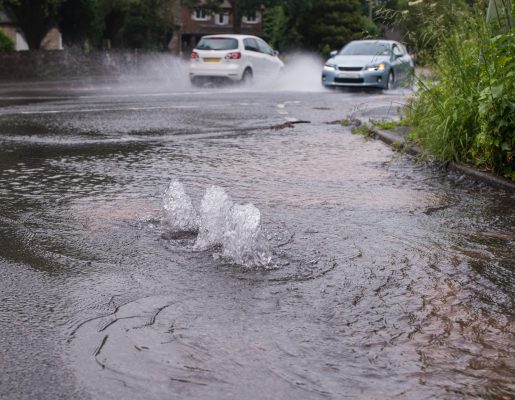 Localised flash flooding from blocked or overloaded drainage systems can happen at times of heavy rainfall. This type of flooding is unpredictable, and it often occurs in unexpected locations depending on the location and intensity of rainfall.

The water companies are responsible for the foul sewerage system, and the surface water sewerage system if it has been adopted. They do not have responsibility for any other watercourses or land drainage systems.

If floodwater has been contaminated, a filthy layer of silt is usually left behind when the water recedes. Contamination can add to the cost of cleaning and disinfecting buildings that have been flooded and it also poses risks to health. Protective clothing should be worn while cleaning after the flood, and other hygiene precautions should also be taken.

General flooding can create blockages in drains and sewers, and this can lead to the backflow of sewage into properties through low-level drain gullies, toilets and washing machine/dishwasher outlets. Backflow through drains is particularly likely where floodwater has been prevented from entering the property by using temporary barriers. It is also more likely where the flooding depth outside is higher than the internal level of the drain entry points. This flooding can often be effectively controlled by installing ‘non-return valves’ within the private sewer of a property upstream of the public sewerage system.

Some properties have private sewage systems and flooding of these systems can also create a back-up of sewage into the property. Damaged septic tanks, cesspools or small package sewage systems should be inspected by a qualified engineer before the drainage system is used after a flood. 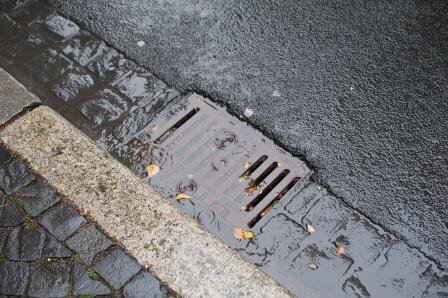 Roads and paths are usually drained into highway drains that run alongside them. In rural areas, roads may drain into ditches along their edges. In heavy rain and storm conditions, or following periods of prolonged rain, these drains can sometimes find it difficult to cope with run-off from roads and paths. This can lead to flooding.

In rural areas, keeping drainage ditches clear of obstructions is the responsibility of the landowners whose land they flow through. Landowners are encouraged to maintain land ditches.

Highway drains are the responsibility of the highway authorities, who maintain them and attempt to keep them clear so that they can cope with run-off. 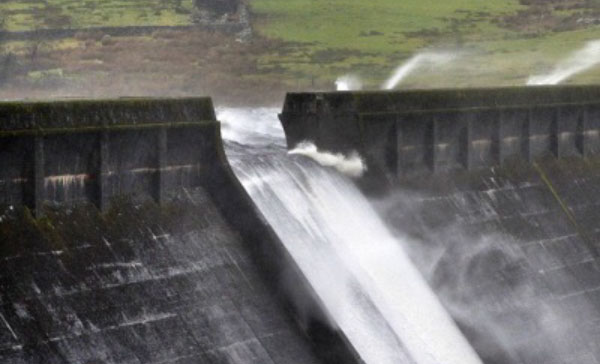 Reservoirs hold large volumes of water above ground level, contained by dams. Although the safety record for reservoirs is excellent, there is a very small possibility that a dam could fail, causing a large volume of water to be released very quickly. Reservoirs are regularly inspected, and essential safety work is carried out. Local authorities are responsible for coordinating emergency plans for reservoir flooding as well as ensuring communities are well prepared. They work with other organisations to develop these plans for your area.

Back to the Top